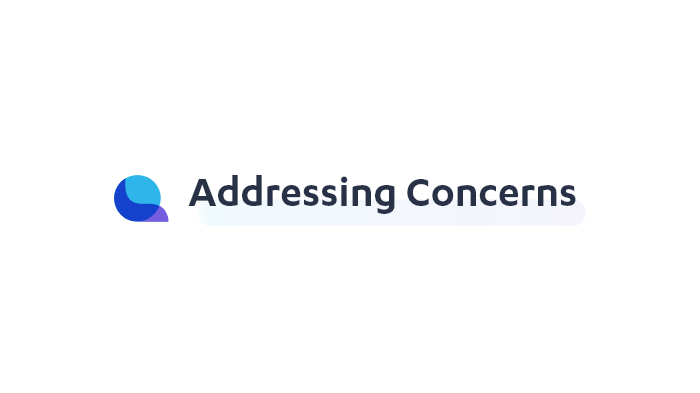 Since Liquity’s launch a few months ago and the emergence of the Maker to Liquity migration bridge on DeFi Saver, the Liquity Protocol has faced some criticism from the Maker community and others that I believe is worth discussing. We appreciate the feedback and would like to take the occasion to add more color and help users decide which protocol to use in which situation.

The criticism mainly relates to the following areas that we’ll cover one by one in this post:

Usage and use cases

We are convinced that Maker and Liquity both have their very own characteristics and particularly suitable use cases. For example, with its 0.5% minimum borrowing fee, Liquity is not designed to be competitive for very short term loans. If you intend to repay your debt within a few days or hours, there’s simply not enough time to amortize the upfront fee. On the other hand, Liquity may be much more attractive for longer term borrowers which would pay significant interest rates on Maker over time. Once a borrower has opted to use Liquity and paid the borrowing fee, there’s also little incentive to switch (back) to Maker.

A valid question raised in the debate is what borrowers can actually do with the LUSD they borrow. Here we have to distinguish between external and internal use cases. An external use case involves some interaction with another application or protocol, like selling the borrowed LUSD on an exchange, providing liquidity to an AMM, or farming yield in other protocols. On the other hand, Liquity offers its own Stability Pool that lets you earn liquidation gains and generate yield (in the form of LQTY) on LUSD while contributing to the system’s stability. At the time of writing, around 90% of the total LUSD supply is held in the Stability Pool. At first sight, this might seem strikingly high and concerning for two reasons:

(b) The LUSD in the Stability Pool is excluded from circulation and may impact borrowers’ ability to repay their loans in case of urgency (e.g. black swans)

First of all, it’s important to note that the tokens in the Stability Pool are technically not locked up and can be withdrawn anytime (except when there are liquidatable Troves). In that regard, the Stability Pool deposits are comparable to Maker’s DSR which accumulated over 52% of the total Dai supply at its peak on November 30, 2019.

Furthermore, the pooled fraction itself is not very meaningful when it comes to the question of external use cases. Even if the entire supply of LUSD was held in the Stability Pool, the deposits may have been made by people who bought their LUSD on the open market, implying that some borrowers must have sold them. So, yield farming and borrowing / leveraging are not mutually exclusive, but complementary use cases that can peacefully coexist and overlap.

Of course, Liquity wouldn’t be sustainable if LUSD was only used for internal yield farming. But it turns out that under the hood more than 3/4 of the borrowers are apparently not borrowing for the yield from the Stability Pool. The following chart depicts the fraction of all (current) users that are borrowing and depositing to the Stability Pool at the same time (grey: 24.8%), only borrowing (orange: 32.2%) and only depositing (magenta: 43.0%).

Admittedly, the chart looks a bit different when we look at the amounts rather than the user count:

However, the stats are heavily skewed by some big whales that have deposited most or all of their borrowed LUSD to the Stability Pool. If we only remove the largest user, the picture looks like this:

As far as issue (b) is concerned, we have to look at the functionalities of the Stability Pool. While its main purpose is to serve as an insurance mechanism to repay undercollateralized Troves, it also acts as a liquidity buffer in times of liquidity crunches. If the LUSD rate ever approaches a price of $1.10, stability deposits become more risky as the liquidation gains could turn into liquidation losses depending on the effective ratio at which the liquidation happens. This should incentivize depositors to withdraw their LUSD and sell it on the market for profit as long as it’s overpriced. The sell pressure pushes the price of LUSD down and helps borrowers in need to repay their loans or de-lever their positions.

Borrower-depositors (holding roughly 575m LUSD in the Stability Pool) on the other hand can easily repay or reduce their debts without even interacting with the markets and affecting the LUSD price. Furthermore, 8% of the LUSD is inside the Curve:3pool, which is thus very liquid and not significantly less than the 11.7% Dai supply that is currently held in DEXes (June 24, 2021).

In the May 19 crisis, when Liquity had its first stress test facing a 41% intraday Ether price drop and many liquidations, the LUSD:3pool price dropped to around 97 cents, so LUSD became undervalued compared to Dai, USDC and USDT, making loan repayments even cheaper!

The relatively high fraction of LUSD in the Stability Pool is thus nothing to be concerned about. It’s mainly a consequence of the fact that people trust the protocol, that LQTY has retained its value, and that there is market demand to earn and stake LQTY to receive protocol revenue. Also, the pooled fraction will naturally go down over time as a result of the decaying LQTY issuance schedule and as more and more external use cases for LUSD emerge.

Regarding other use cases, LUSD is still a young stablecoin. It’s been live for a few months and meaningful integrations take time, many of which require a Chainlink LUSD price feed (e.g. Aave, CREAM, Compound, etc.). Once a price feed is live, we can continue exploring LUSD’s place in the DeFi ecosystem. Outside of those integrations, LUSD has been included in Curve’s new d3Pool, Element Finance’s launch, and many more unannounced integrations to come. We have no doubt that when other opportunities in the market present themselves, users will be willing to leave the Stability Pool and new users will be willing to borrow LUSD to engage with those opportunities.

Another interesting point raised against Liquity is that its redemption mechanism is directly negative for Trove users, introducing a zero-sum game mechanic when trying to maintain a safe collateralization ratio.

While redemptions allow Liquity to issue interest-free loans, it’s true that they also have some tradeoffs for the borrowers affected. Remember, a redemption means that every LUSD holder can exchange their tokens at face value (minus a fee) for Ether, which is taken from the borrower with the lowest collateral ratio (learn more here). Borrowers maintaining a comparatively high collateral ratio can thus reduce their “redemption risk”.

Liquity’s design philosophy was to give users complete freedom in managing their risks whereas in Maker all borrowers have to shoulder the monetary policy (i.e. the stability fees) imposed by their governance, which has an interest to maximize the extracted fee revenue.

Let’s look at some concrete numbers on redemptions. In its first 12 weeks of operation, Liquity has incurred a total redemption volume of 57,372,931 LUSD, affecting an equivalent amount of Ether. With a total of 2.4b LUSD that have been minted so far, the redemptions amount to roughly 2.37% of the total minted supply. During the same time period, Maker has minted 7.5b Dai and extracted a revenue of $30m mainly through charging stability fees from borrowers. This corresponds to 0.40% of the minted token supply.

Stability fees in Maker are sunk costs, i.e. the borrower effectively loses the value paid. Redemptions on the other hand are mainly an inconvenience for borrowers and an opportunity loss to remain exposed to Ether. However, in certain situations, redemptions can be positive (e.g. if the Ether price continues dropping) and even save borrowers from liquidations where they lose their entire collateral (i.e. 110% of their debt).

In terms of sunk costs, redemptions only consist of the borrowing fee paid upfront, which becomes useless once the position is repaid. If we apply an average borrowing fee of 0.5–1% to the 57.3m total redemption amount, we see that the sunk costs of redemptions (<573k) were more than an order of magnitude smaller than Maker’s stability fees ($30m), even when taking into account the size difference between the two protocols.

In other words, Dai borrowers pay a much higher cost for peg maintenance, despite the fact that 60% of the Dai supply is now collateralized by the centralized stablecoin USDC.

Arguably, LUSD is currently the only truly decentralized stablecoin which is neither reliant on centralized collateral assets nor human governance for applying a monetary policy.

Despite offering a hard price floor thanks to the redemption mechanism, LUSD is not optimized for maintaining absolute price stability. Its main purpose is to offer sufficient stability to borrowers while serving as a base currency in other DeFi applications. This is different from stablecoins that are directly aimed to be used as a means of payment in everyday transactions (like Terra’s UST). Being a stablecoin shouldn’t be a means for itself, but a means to a concrete purpose, which may not be the same for LUSD, Dai and UST.

To get a better understanding of LUSD’s actual stability, we have to be aware of two things:

Given that Coingecko and CMC’s price algorithms don’t seem to be open source, we can only speculate about the reasons for the price issue. Our hypothesis is that Curve pairs are consistently under-prioritized on both sites (and not just in case of LUSD), maybe due to the missing spread/depth information. As a result, Coingecko and CMC are assigning way too little weight to Curve pairs when calculating LUSD price, which leaves only poor quality pairs with low liquidity and high volatility. It’s worth noting that this problem is consistent across most stablecoins listed on CMC and Coingecko.

Looking at the LUSD:3pool price on Curve gives a completely different picture than the price charts on Coingecko or CMC:

While CMC is reporting LUSD prices between $0.90 and $1.06 for the last 60 days, we can see that LUSD has been trading within a much narrower range of 0.969–1.021 against Dai on Curve. We think that a peg deviation of ~3% for a young stablecoin in a black swan event (May 19) is a positive sign that the mechanisms of Liquity are working effectively.