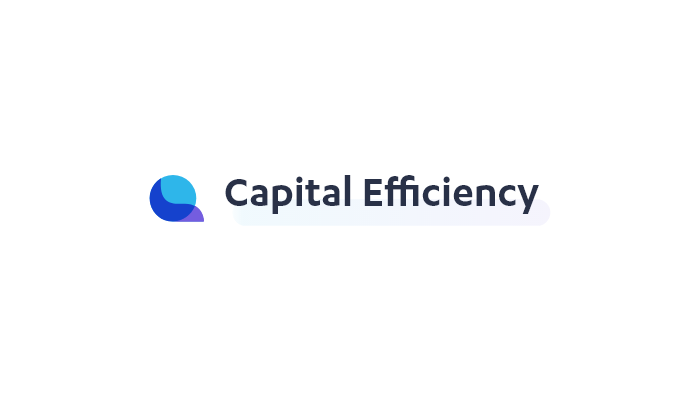 One of the fundamental tasks of crypto-backed lending platforms is to liquidate positions that fall under a minimum collateralization ratio. This ratio should ensure that the proceeds from the forced sale of the collateral are sufficient to cover the outstanding debt.

Normally, borrowers are incentivized to voluntarily repay their loans, but the system has to take control if a borrower fails to do so. From a user’s perspective, lower liquidation ratios allow for higher capital efficiency since less collateral is needed to secure the loan. Lending platforms could thus enhance their attractiveness by lowering the collateral requirements.

Let’s take a look at a concrete example:

It is obvious that, all else being equal, lower liquidation thresholds pose higher systemic risks due to loans that may not be fully recovered. But what factors are decisive for that risk?

Liquidation is all about speed

The longer it takes to liquidate a position, the higher the risk that its collateral might drop further in value before the debt is actually settled. Usually, there are multiple steps from identifying a position as undercollateralized to collecting the associated debt.

First of all, decentralized lending platforms rely on oracles to provide a price feed in order to determine the current fiat value of the collateral. Price oracles deliver their data at more or less regular intervals, and the system may have to wait until sufficient feeds are available to calculate a resulting aggregate value. To protect against attacks on the price feeds, the MakerDAO Oracle Security Module (OSM) delays the publishing of new reference prices for one hour.

Once a loan becomes undercollateralized in view of the current price, specific participants (so-called keepers or guardians) need to call a function to close the position. The system may then put the collateral up for auction, which may involve multiple rounds of bidding. Such auctions can last up to 6 hours or more in MakerDAO. Instead of auctioning off the collateral as done by MakerDAO MCD, Kava, and Reflexer, the collateral can also be sold at a fixed price (determined by the oracle) minus a discount. This mechanism was used by the earlier single-collateral version of MakerDAO and is in use by Equilibrium.

Anyways, identifying a loan as undercollateralized and covering its debt takes a non-negligible amount of time, during which the collateral might continue to lose value. The higher the update frequency of the price feed and the less time it takes to actually liquidate the position, the better.

The following chart shows at which collateral ratio CDPs were liquidated (“bitten”) in MakerDAO’s first year of existence:

Volatility of the underlying collateral

While the depicted chart shows the liquidation of ETH-backed positions, most other collateral types and tokens are likely to be more volatile than Ether. For such collateral types, we can expect a larger fraction of liquidations taking place at lower collateral ratios. On the other hand, if a lending platform is collateralized by stablecoins or other low-volatility assets, less margin can offer the same level of security.

Amount of liquidated collateral vs. liquidity on the markets

Finally, the amount of collateral compared to the available liquidity on the exchange markets has an impact on the potential price slippage. If a large amount of collateral needs to be sold at once on an illiquid market, the price drop might be significant. Interestingly, selling the collateral slowly in smaller lots can improve this, but it comes at the price of a longer liquidation time with additional external price risks. English auctions also suffer from the problem that all the bids need to be locked up for the entire length of the auction, exerting an unnecessarily high upward pressure on the tokens which are needed to repay the liquidated debt. Dutch auctions can mitigate this issue, but there are practical limits to the speed at which the price can be reduced during the auction.

The factors listed above are not completely exogeneous and out of control. Let’s see what can be done to improve the situation by appropriate system design.

First of all, one could use a price oracle with a higher update frequency. Instead of collecting and aggregating multiple price feeds at given times, one can further let the individual feeds trickle in as they become available and calculate the moving median after every update. One could also consider grabbing the pricing data from decentralized exchanges and liquidity pools like Uniswap and KyberSwap or have the keepers provide a price feed along with a proof of correctness when calling for liquidation. These measures are not without their challenges, which are well known at this point.

Liquidation process based on a Stability Pool

Another line of measures tackles the liquidation process itself. Existing platforms are all based on some form of active liquidation — requiring a buyer or bidder to purchase collateral at the moment of the liquidation. This is not the only possibility though!

One can do it differently and let the interested parties signal their intent to acquire liquidated collateral long before the liquidation takes place. For example, one could let users deposit the tokens needed for debt repayments to a Stability Pool. Of course, one then has to adapt the pricing mechanism, but this is easier than one might think. If people can reasonably expect to obtain collateral worth more at liquidation than what they pay, they should have an incentive to participate in the deal upfront.

Setting the collateral ratio slightly above 100%, say 110%, offers a natural way of implementing such a mechanism. If a loan is closed when its collateral value drops below the line, one can simply give the collateral to an acquirer and let the system collect the debt with their deposited funds in lieu of the borrower. The collateral surplus or excess collateral would then be the acquirer’s profit and the borrower’s loss, making the concept of a separate “liquidation penalty” as used in other systems obsolete.

With that, holders of the stablecoin have an incentive to deposit (some of) their tokens to a Stability Pool, in the expectation of future collateral surplus gains.

Deposits to the pool can be made without any lockup period, so depositors can withdraw their tokens any time they want, unless there are liquidatable positions in the system (in which case the undercollateralized positions first need to be liquidated). However, in the event of a liquidation, the system would use the required amount of pooled stablecoins to offset the debt from the liquidated position. In return, the collateral associated with the position is transferred to the Stability Pool. This is how liquidations are handled in Liquity:

Depositors maintain a proportional share of the remaining stablecoins in the pool and the acquired collateral tokens based on their initial deposits. They can also cash out their collateral gains along with the remainder of their deposited stablecoins.

Why is this mechanism superior to a collateral auction or fixed price sell-off?

The tokens in the Stability Pool are instantly available for writing off undercollateralized debts. Given that no collateral is auctioned off or sold at a discount, no buyer needs to be found to take over the collateral and no price pressure will be exerted on the collateral.

It is easy to see that it is financially attractive to deposit stablecoins to the Stability Pool. As long as collateral surplus gains are positive (at least on average), depositors can expect a virtually risk-free net gain in the long run, no matter the size of the pool or how many loans are liquidated. Though, the individual gain is positively correlated with the amount of liquidated collateral and the surplus fractions, while being reduced with increasing amounts of stablecoins in the pool.

Can we therefore expect every holder to put their tokens to the pool? Of course, not. Many stablecoin holders will prefer stability over potential financial gains in an unstable currency. However, we can assume that a sizable number of investors or speculators will contribute to the Stability Pool, and that the fraction of pooled tokens will reach an economic equilibrium. Liquity will also distribute a secondary token, LQTY, to Stability pool depositors, further incentivizing participation in the Stability Pool. At any given point, the amount of stablecoins in the Stability Pool will secure the liquidation of a corresponding amount of debt.

But, what if more debt needs to be liquidated than pooled stablecoins?

In the event that the Stability Pool turns out to be insufficient to offset the entire undercollateralized debt, the system falls back to a secondary mechanism.

On the flip-side, the collateral ratio of the receiving positions deteriorates, but depending on the current ratio the effect is marginal.

Thanks to this redistribution, loans are ultimately secured by the total available collateral in aggregate. That is to say, as long as the total collateralization ratio of all loans remains higher than 100%, the protocol can cover all the debt claims.

But in most cases, undercollateralized loans do not have to be redistributed because they can be fully offset by the Stability Pool. The fact that the pool can absorb a given fraction of the defaults before the redistribution mechanism kicks in gives the system a collateralization boost. And the absorbed positions are the ones with the lowest collateral ratios. What this means is that the loans in aggregate have a higher effective collateralization ratio than the total collateral divided by the total debt. The following table illustrates the effect:

As we have seen, novel liquidation mechanisms like offsetting loans against a Stability Pool and redistributing remaining loans to other positions is an effective way to secure debts. Thanks to their immediate impact and the lack of unwanted side-effects like price pressure or loss of time, these mechanisms should allow for considerably lower liquidation ratios.

By improving collateralization ratios, crypto-backed loans not only become more capital efficient and thus more attractive overall, but protocols (like Liquity) can enable much higher leverage ratios if the loans are reinvested to buy more collateral. As Liquity approaches launch in the next few weeks, I encourage readers to check out our documentation and further explore our system here.