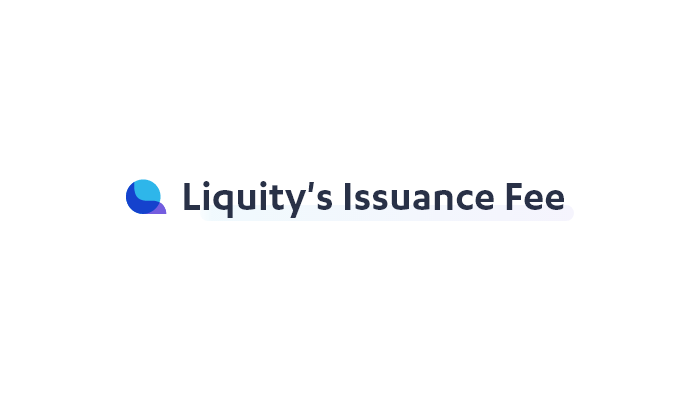 Floating (i.e. variable) interest rates have become commonplace in the DeFi ecosystem for both borrowers and lenders. For the unfamiliar: Floating interest rates are interest rates that fluctuate due to market dynamics. Often times a protocol’s interest rate is managed algorithmically or through governance vote.

Why charge interest at all?

Protocols like Liquity and MakerDAO store users’ collateral and issue debt in the form of a synthetic asset that is (primarily) pegged to the U.S. Dollar. Outside of making sure debt is sufficiently collateralized, maintaining this peg is the protocol’s second monetary responsibility.

These types of protocols can leverage interest rates to encourage or discourage borrowing, which has the effect of adding to the protocol’s outstanding debt (i.e. “money” supply) or substracting from it. In turn this usually causes the synthetic asset’s price to rise and fall due to supply and demand. The delicate balance of maintaining an asset’s peg is why many protocols must frequently adjust their interest rate to influence the behavior of borrowers.

Note: There are other reasons to charge interest (e.g. risk mitigation) and different contexts for doing so based on the type of protocol. We won’t bother with those for now.

Floating interest rates can lead to market inefficiencies since borrowers don’t know the cost to borrow up front. Put another way, they only have a vague idea on how much they’re going to have to pay to get their collateral back. As a result, they also don’t know how that cost might eat into their profits or how it might affect their future operations.

As a simple example, if you’re using leverage to hire new employees because you expect the ROI of hiring them to pay back the debt — you may be in for a rude awakening if the cost of your debt increases by a few percent. Especially if the increase forces you to pay back your debt sooner than expected.

This unpredictable dynamic forces borrowers to use their leverage in a way that’s suboptimal, which means the outcomes of obtaining that leverage are suboptimal. Some might call this a market inefficiency, I certainly do. So, how does Liquity solve this floating interest rate problem while still maintaining the ability to encourage or discourage loans?

Before describing Liquity’s fee mechanism, one also needs to understand another of Liquity’s features: LUSD redemptions. That is, the ability for anyone at any time to redeem LUSD at face value for the underlying ETH collateral. 1 LUSD always equals $1 of ETH within the protocol.

Note: Redemptions are not the same as a user paying back their own debt, as described below.

How redemptions work is straightforward:

If you want a more detailed breakdown of redemptions, read On price stability of Liquity.

Redemptions are one of Liquity’s key innovations. They allow LUSD to reenter the system (by paying off debt) when there is too much supply relative to demand. In other words: When there’s too much LUSD on the market relative to demand, it will likely float below its peg of $1. If this happens, it becomes profitable for arbitrageurs to redeem LUSD against the system.

This has two primary effects:

When a user opens a Trove and borrows LUSD, the issuance fee is charged according to the baseRate and is added to their Trove’s LUSD debt. Because the fee is charged up front, users will know exactly how much their debt will cost them, no matter how long they keep the position open.

As you might’ve noticed, the combination of LUSD redemptions and the dynamic baseRate have the same outcome as floating interest rates without the headache for borrowers. Of course, users have to pay to borrow up front, but users can now quantify that cost — allowing them to optimize their use of leverage.

Check out On price stability of Liquity for more reading on Liquity’s redemption mechanism and check out the technical spec for Liquity’s fee mechanism here.

If you’re interested in exploring Liquity further, browse our documentation and join our community Discord.