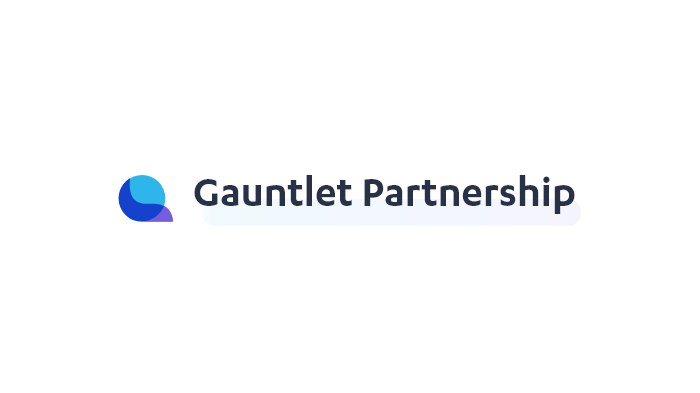 We are happy to announce that Liquity has officially partnered with Gauntlet!

Gauntlet is building a blockchain simulation and testing platform that leverages battle-tested techniques from other industries to emulate interactions in crypto networks. Liquity has engaged them to help us with simulating and stress testing our system with its complex incentive mechanisms.

Gauntlet has a simulation platform that can directly import Liquity’s smart contracts written in Solidity, obviating the need for creating a custom digital twin.

Once the integration of our contract code is completed, Gauntlet will mainly focus on the liquidations of troves under different price scenarios and volatilities, using historic data from MakerDAO as a reference. In particular, they will analyze whether the 110% minimum collateral ratio and the 150% critical collateral ratio are sound parameter choices. To that end, Gauntlet will construct a number of byzantine, altruistic, and rational agents simulating user behavior, such as borrowers, LQTY holders, Stability Pool depositors, Growth Token holders, and arbitrageurs. Gauntlet will work closely with the Liquity Team to scope and prioritize the agents and to develop their utility and decision functions.

As part of their simulations, Gauntlet will investigate the behavior of LQTY as a stablecoin (volatility, liquidity) for different market conditions. This is coupled with an analysis of our redemption mechanism, especially concerning the expected redemption volumes. Remember that Liquity uses the collateral held by the riskiest troves (i.e. the ones with the lowest collateral ratio) to enable any LQTY holder to redeem their token against Ether at face value.

Gauntlet plans to run numerous simulations and produce reports that aim to illustrate phase transitions and other statistical phenomena that occur with different parameterizations.

Liquity is growing its team

We are thrilled to welcome Bingen Eguzkitza as our new team member!

With a background in Mathematics and Philosophy, Bingen has experience as a software developer in successful startups of various sectors (networking and mobile payments) and has always been an avid self-learner, with interest in a variety of fields, like cryptography or software security. He has been an open-source and open-hardware enthusiast for a long time and has been using Linux as his sole OS for about 20 years now.

Bingen started to learn Solidity by the end of 2017 and shortly after joined Aragon as a core Solidity developer and architect for Aragon, where he became one of the main contributors to the Aragon Court development and heavily involved in the core Aragon OS and Aragon apps contracts as well.

We’re looking for smart contract experts, DeFi experience is a huge plus. We’re also looking for a community manager with some business development skills, someone who can help us answer questions, engage with our community and users, and also connect the dots on integrations for Liquity. We want inspired & inspiring people of all colours/genders/nationalities. We’re a fully decentralised team with competitive pay and incentives. Come help us build the future of lending!

If you’re interested in becoming part of our team, shoot an email to contact@liquity.org.

On our most recent office hours call, we discussed the potential for changing the name of our stablecoin from LQTY to LUSD. Most of the participants in the call seemed to agree that this makes sense. It makes it very clear that it is a stable coin pegged to the US Dollar, leaving room for other currencies we might add in future versions, like LEUR, LCHF, LGBP etc.

Additionally, we discussed changing the name of our revenue token from GT to LQTY.

In the meantime we changed our terminology. Now the stablecoin is called LUSD and the revenue token LQTY.

We would very much welcome any feedback on the proposed changes, join the discussion in our Discord.