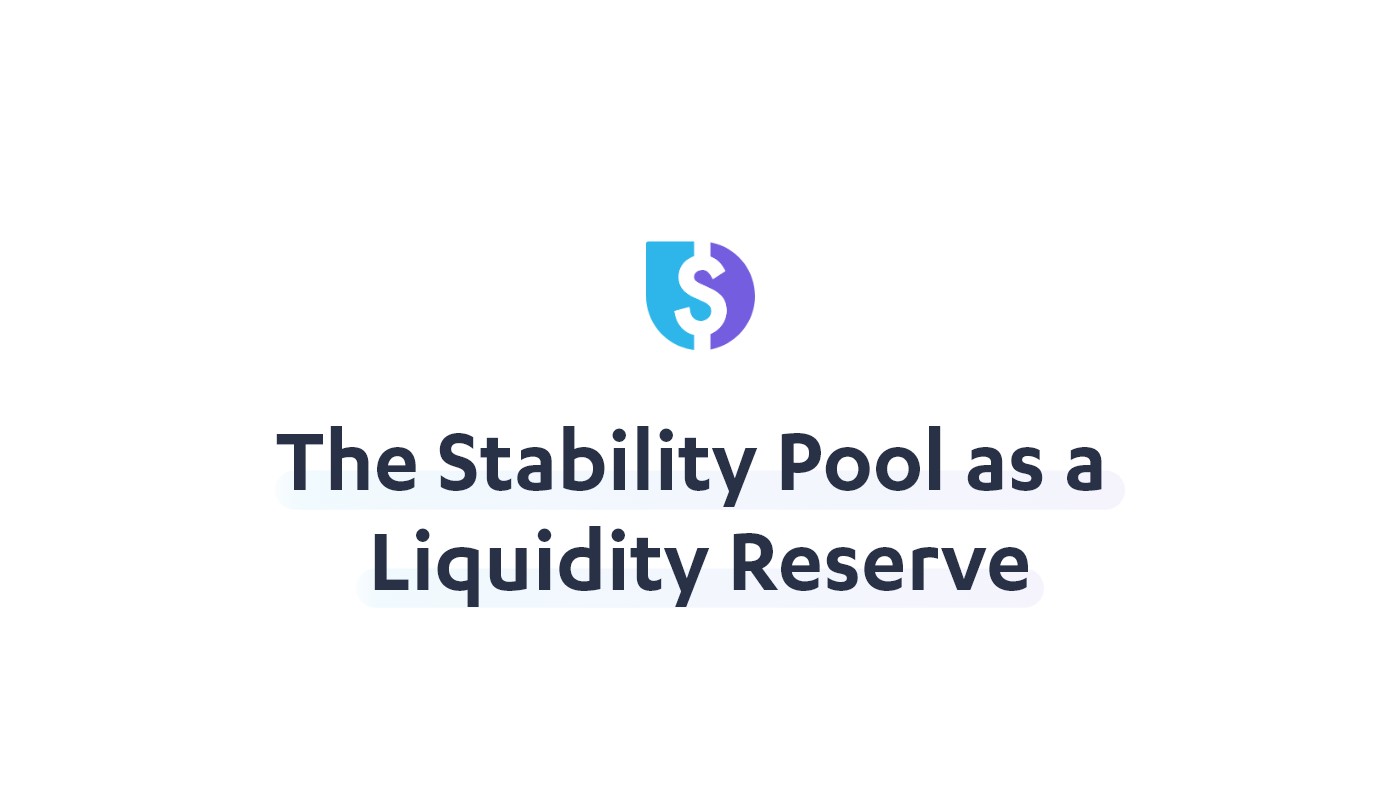 The Stability Pool as a Liquidity Reserve

Throughout 1/20/22 - 1/24/22, Liquity faced another stress test as ETH’s price dropped from ~$3,200 to ~$2,300. While the protocol remained healthy, the demand for LUSD skyrocketed as users tried to pay back their debt — causing an unpegging event. In this blog post, I’ll provide a recap of what happened and how Stability Pool depositors help by acting as a liquidity reserve.

Quick Disclaimer: This blog post is not a recommendation and interacting with DeFi protocols can be risky. Please do your own research and use your best judgment.

Trove owners seeking to avoid liquidations can pay back some of their LUSD debt and/or deposit more ETH collateral. Both of these options have the same effect (i.e. an increased CR), but the latter comes with additional risk because it’s essentially adding collateral that is currently decreasing in value at an unpredictable rate. In other words, it’s a bet that ETH’s price will recover instead of drawing down even further.

Although most borrowers are bullish on ETH long-term, it's a fair assumption that most would prefer to repay their debt instead of depositing more collateral after a four-day 28% drawdown. We don’t have the exact number of ETH deposits for a direct comparison, but we do know that ~245m LUSD was burned specifically for debt repayments throughout 1/20 - 1/24.

The image above shows the balance of the LUSD+3Pool on Curve, where LUSD is most liquid, with the relevant days highlighted. During this timeframe, a massive wave of LUSD demand resulted in an imbalance of ~130m 3Crv and ~15m LUSD as users repaid their debt. For any stablecoin, this type of buy pressure and imbalance causes the peg to temporarily appreciate above $1 as shown below.

LUSD hit a peak price of $1.06 and floated slightly above $1 during the spike in demand. Although Liquity wasn’t built with the goal of maintaining absolute parity for LUSD as mentioned here, LUSD going above peg can still be an inconvenience for the Trove owners looking to repay their debt since they’ll have to pay a premium when obtaining the required LUSD.

Liquity has a variety of internal hard peg mechanisms, e.g. the redemption mechanism that allows anyone to redeem LUSD for ETH within the system to protect the floor price and the 110% minimum CR creating a natural price ceiling at $1.10, but the soft peg mechanism that keep a tighter upside for LUSD mostly depends on arbitrageurs executing external trades before the $1.10 threshold.

The specific arbitrage opportunity that helps LUSD maintain a tighter upside is sell pressure for LUSD when it’s above peg. This results in more LUSD supply on the markets, a return to balanced liquidity pools (e.g. the LUSD+3Pool), and LUSD’s price to go back down toward $1.‍

For example: if LUSD on Curve is above peg at $1.06, any LUSD holder can exchange their LUSD for DAI, USDC, or USDT to make an instant ~6% profit.

Fortunately the Stability Pool, where users can deposit their LUSD to earn LQTY over time and ETH from liquidations at a ~10% discount, acts as a liquidity reserve for LUSD that’s readily available for withdrawal when the opportunity arises. A quote from On Price Stability of Liquity explains this best:

"The higher the price of LUSD in USD, the lower will be the (expected) collateral surplus gains in case of liquidations, since the conversion is based on the nominal value of LUSD being equal to USD.

This dynamic of funds flowing in and out of the Stability Pool can be difficult to reason about, and it might be easier to understand by seeing it in action. Here are a few examples of arbitrageurs’ strategies that utilized Stability Pool deposits during the recent unpegging event:

That’s it for this case study! I hope you’ve enjoyed exploring the technical dynamics about the Stability Pool as a liquidity reserve.